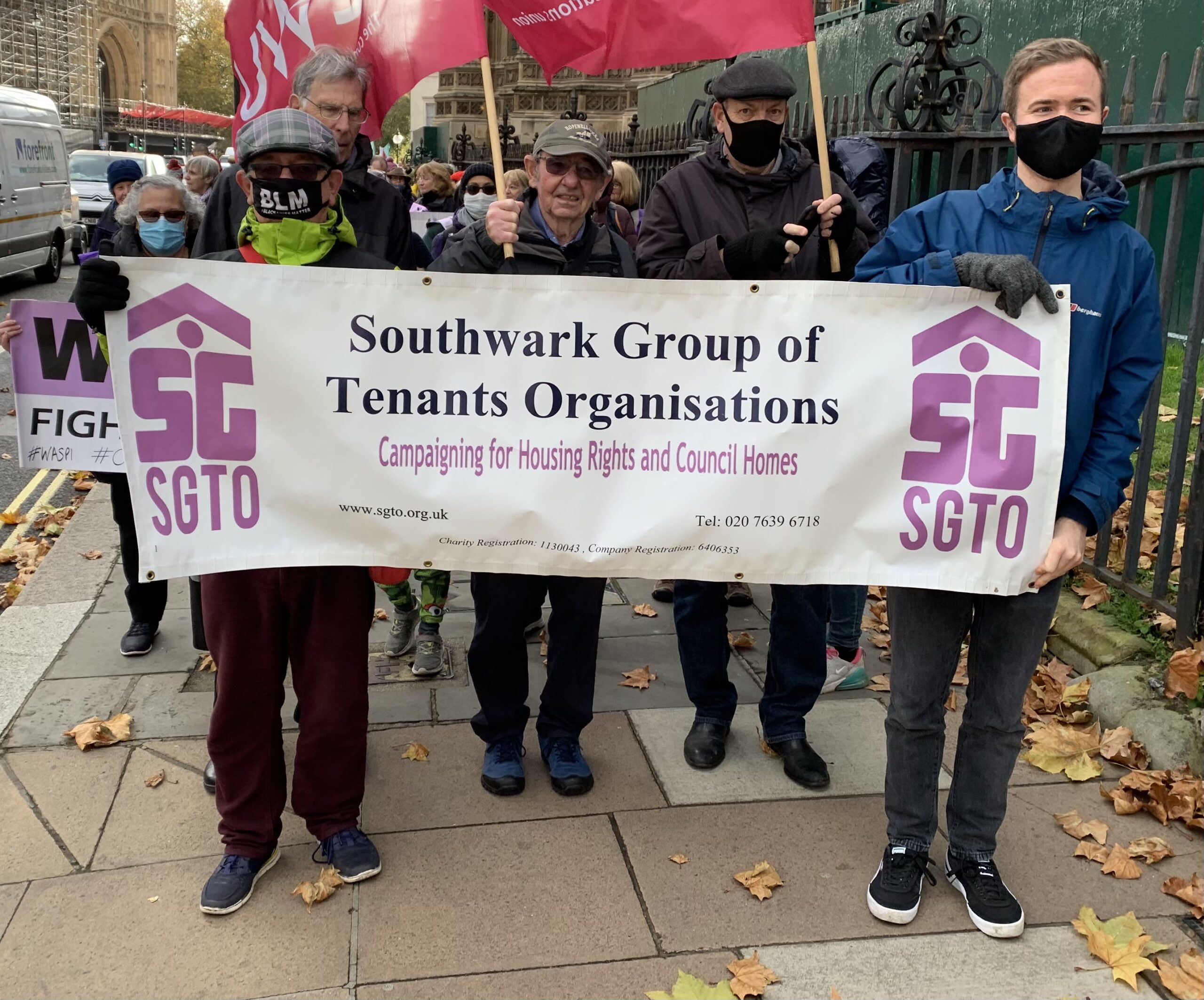 On Friday 26th November, the government released figures for ‘excess winter deaths’ for the winter of 2020-2021. ‘Excess deaths’ sounds like a heartless term, but it is used to describe deaths that occur outside of the expected number (for example: if 100 deaths are expected but 150 occur, you have had 50 ‘excess’ deaths). Excess deaths were 6.1 times higher in 2020-2021’s winter compared with the winter of 2019-2020. This is largely due to COVID-19, but every single year, people dying from cold-induced illnesses are included in the figure. Around 10,000 people died from cold-related illness in the winter of 2020-2021. These are people who, had they been offered more Government support to cover heating and fuel costs, could have lived.

On that same Friday, I represented the SGTO at a protest calling for the Government to do more to stop older people dying due to fuel poverty. It was organised by Fuel Poverty Action and the National Pensioners Convention. With gas bills and the energy price cap both predicted to increase by 30% next year, winter deaths are likely to increase as more and more people are pushed into fuel poverty.

Speakers at the protest included Frances O’Grady (General Secretary of the TUC), Lord Prem Sikka (a Member of the House of Lords) and Ruth London from Fuel Poverty Action. The speakers mentioned some of the measures that the Government should introduce to help tackle fuel poverty among the elderly, like increasing capital gains tax to help fund an increase in the state pension.

People came from across the UK, with me, Southwark Pensioners’ Action Group and Camberwell and Peckham Labour coming from Southwark. We marched from the House of Lords to 10 Downing Street, where we laid a wreath at the gates of Downing Street, commemorating those who have died from fuel poverty and calling the Government to action.

Please see the following links if you want to find out more about the protest and the organisations involved: 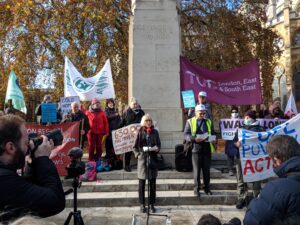 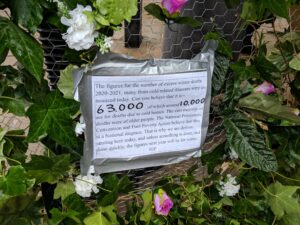 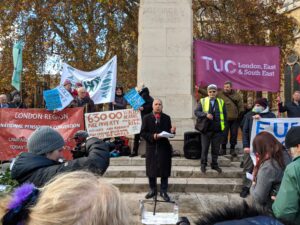 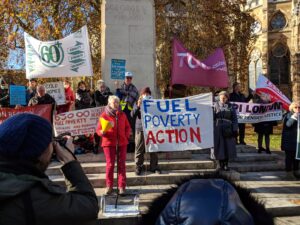 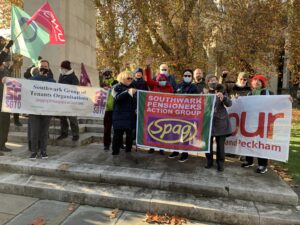